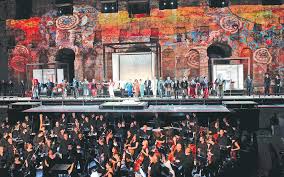 This notice of a call for proposals is based on the Regulation No 1295/2013 of the European Parliament and of the Council of 11/12/2013 concerning the implementation of a programme of support for the European cultural and creative sector (CREATIVE EUROPE)[1] and its corrigendum of the 27/06/2014[2].

Within the field of reinforcing the audiovisual sector’s capacity, some of the priorities of the MEDIA Sub-programme are the following:

The MEDIA Sub-programme shall provide support for:

The total budget available is estimated at 7 M €.

The financial contribution of the Union cannot exceed:

– 60% of the total eligible costs of the action in case of action taking place in countries participating in the MEDIA sub-Programme;

– 80% of the total eligible costs of the action in case of action taking place in countries outside the MEDIA sub-Programme.

The Agency reserves the right not to allocate all the available funds.

Deadline For Submissions of applications